The Biggest Lottery Winners in the UK 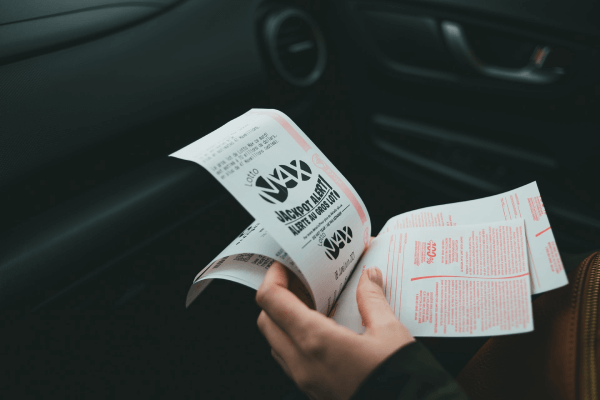 Ever wondered who those lucky people who won jackpots worth millions of pounds are? And what happened to them after their big win?

We present you with the biggest lottery winners in the UK in this countdown of the top 10 jackpots. We promise: The human stories behind these winnings will make you feel like you’re watching a famous casino movie.

£20 Million for a Second Chance

On July 14, 2004, a cancer patient Iris Jeffrey from Belfast, won the £20 million lotto jackpot. To this day, she is the biggest National Lottery winner from Northern Ireland.

Heavy Burden of the £22.5 Million Jackpot

Two business partners, Mark Gardiner and Paul Maddison, bought a lottery ticket in June 1995. They were idly fantasising about how they would spend the money in the unlikely event of winning it when a National Lottery agent called to inform them they’d just won the £22.5 million jackpot of the UK lottery. The two winners – where are they now? Their success was met with a lot of anguish, and Maddison retired to Scotland to live in quiet. Gardiner invested in several businesses, bought several luxurious houses and cars, but ended up estranged from most of his family.

£32.5 Million for a Spitfire Flight

Next on our winners’ list, Gerry and Lisa Cannings from Peterborough won the £32.5 million jackpot on Feb. 13, 2016. This married couple with three children decided to use the money to buy a new house, fly the Spitfire fighter aircraft, travel to New Zealand, and get a new car. Gambling is always risky – when you lose, but also when you win big. However, these UK lottery winners had a list of what they would do with the money and didn’t allow themselves to get sidetracked.

Sometimes, £33 Million Is All You Need

On Jan. 9, 2016, David and Carol Martin from Hawick in the Scottish Borders shared the £66 million jackpot with an anonymous winner after 14 consecutive rollovers. The Martins decided to get a Range Rover and visit some of David’s favourite sports tournaments worldwide.

This massive lotto jackpot prize was shared between three anonymous winners in 1996, with each winner getting £14 million. The identity of some of the biggest EuroMillions winners, including these three, remains unknown.

The jackpot from Nov. 17, 2006 broke the record for the biggest number of players sharing the prize. At this time, the EuroMillion rollovers were locked after reaching the 12th draw. This particular jackpot was shared among 20 winners, with each participant getting 5% or €9.6 million.

Among the 20 winners, seven were from England, all anonymous except Dean Hardman. With his wife Stella, Hardman bought a pub called the Crown. Their story after getting the biggest EuroMillions jackpot is what many people would call a happy ending: Dean purchased an Audi R8 sports car and a racehorse he named after his grandfather Stanley. We are eagerly waiting for Stanley’s glorious debut to place bets on the horse racing tracks. Meanwhile, Dean and Stella now go every year on a trip to India and still run the same pub.

Colin and Chris Weir from Largs, Scotland, got the ticket that won in a draw on July 12, 2011 from a McColls store in Largs, Ayrshire. The jackpot amounted to €185 million, so you’d think this story has a happy end. Sadly, a string of bad luck followed the couple ever since Colin Weir’s lottery win.

The ticket landed them at the 430th spot on the Sunday Times Rich List. Before winning the jackpot, Colin was a former STV cameraman. Chris was a psychiatric nurse. Colin used the prize money to buy cars, property and to invest in a football club called Partick Thistle. He also donated money to charities and his friends and left a portion of it to his two children.

In summer 2019, Colin and Chris divorced. Colin, one of the biggest lottery winners in the UK, died last year in his £1.1 million home in Ayr after a long illness. Before his death, he did one final good deed: He bought a 55% stake in the Partick Thistle and donated it back to the local community and the fans. This topmost lottery winner in Scotland left behind £40 million from the total jackpot.

On June 7, 2013, two players won one of the heftiest EuroMillion prizes in a Superdraw. After five successive rollovers, two players matched seven numbers. The jackpot was evenly split, so each anonymous player got €93 million of the highest lottery prize in a Superdraw. Half of the prize went to Belgium and the other half to Ireland. This jackpot surpasses anything celebrity gamblers have won so far.

The (Un)lucky Winners of a £148 Million Jackpot

The Lucky Dip ticket brought both immeasurable happiness and bad fortune to Gillian and Adrian Bayford from Suffolk, England. They won this crazy-high jackpot on Aug. 10, 2012,  after 14 rollovers. They bought their lucky ticket from the Premier Convenience Store on Queen Street, Haverhill. Still, that ticket would only bring them trouble henceforth.

Adrian was once a postman who owned a movie and music memorabilia shop, and Gillian was a healthcare assistant before they became the richest European lottery winners. The prize money was spent on expensive cars and large mansions. A year later, their nine-year marriage would come crashing down. And their luck would turn even sourer from that point.

Adrian had a series of unlucky relationships after the divorce and was contemplating going to Australia. Six years after the jackpot, Gillian married a convicted con artist, with whom she has one child.

An anonymous player and the highest lottery winner from the United Kingdom won the biggest EuroMillions jackpot and the heftiest lottery prize in the UK on Oct. 8, 2019.

By Sep. 24 that year, after 18 successive rollovers, the eurolottery prize reached its cap of €190 million. Still, after four draws, there was no EuroMillions winner in sight.

On Oct. 8, an anonymous player tied all numbers in a “Must Be Won” EuroMillions draw and became a part of history. Their identity remains unknown to this day.

Win a Richer Life and Then Pay Taxes

There’s another less glamorous side to millions-worth jackpots – taxes. Even though the UK has no income tax or capital gains tax on lottery prizes, regardless of the amount won, after the winner puts the prize money in a bank, any interest from the winnings will be subject to the income tax.

Sharing the winnings with family and friends by buying something for them is not an ideal solution either because of the inheritance tax. If the winner dies after less than seven years of winning the lottery, any gifts and assets exceeding 350,000 in value will be subject to this tax.

EuroMillions is a transnational lottery established in 2004 by the French Française des Jeux, the Spanish Loterías y Apuestas del Estado, and the British Camelot Group, the National Lottery operator. The first among the European lottery winners was from France, and the jackpot at the time was a “mere” €15 million. Since then, the value of jackpot prizes kept getting more prominent.

There are nine European countries in Europe where you can play the EuroMillions lottery: France, Spain, the United Kingdom, Austria, Belgium, Ireland, Luxembourg, Portugal, and Switzerland.

Where in the UK has the most lottery winners?

Out of 5,500 National Lottery winners, 168 come from Birmingham. Belfast is a close second with 133, and Glasgow occupies third place with 125.

Who has won the biggest lottery ever?

The biggest lottery in the world was a Powerball jackpot of $1.59 billion, split between three winners. Two anonymous winners are from California and Florida. The last third of the jackpot, worth $528.8 million, went to Lisa and John Robinson from Munford, Tennessee.

Has anyone won the lottery with a Lucky Dip?

Has anyone ever won the UK lottery twice?

Life is stranger than fiction. This is especially true in the case of a couple from Scunthorpe, Lincolnshire. With their prize money totalling £2 million, David and Kathleen Long may not be the biggest lottery winners in the UK, but they are the only ones lucky enough to win the UK lottery not once but twice – in 2013 and 2015.