The Seven Most Famous Gamblers in the World 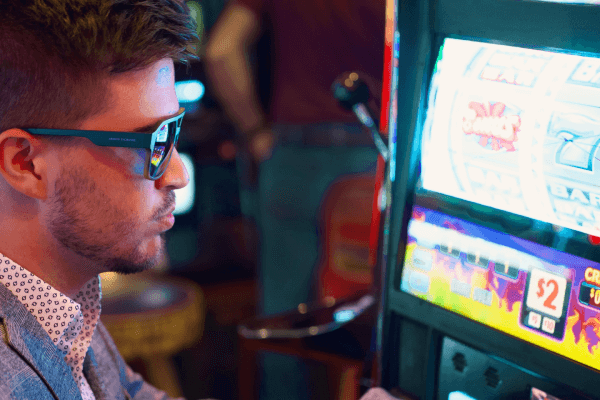 If online gambling is the only thing on your mind, you’re in big trouble. But if you turn games of chance into a living instead of an unhealthy obsession, then that’s something worth noting. Some even go a step further and rise to fame in the casino world.

Let’s take a look at some of the most famous gamblers who have ever walked the planet, be they women or men, historical or contemporary, problem gamblers or just lucky high achievers. Gambling is as old as humanity and it shows no signs of stopping. To be clear, however, gambling is a slippery slope, and we aren’t here to convince you to spend all your money at the roulette wheel. We’re just here to give you a closer look at all the triumphs and breakdowns of these gambling superstars.

Surprised to see this fellow on the list? We bet (pun intended) you expected us to start with the most famous Las Vegas gamblers. However, arguably the most famous king of England was well-known for his gambling passion, too.

Henry was a huge fan of card and dice games and a keen sports-betting enthusiast for archery, jousting, and tennis. Yes, tennis was a thing back then as well, and Henry VIII was a talented player and an impassioned punter. Some of his wives shared that passion: For example, Anne Boleyn was betting on a tennis match when she got arrested.

Unfortunately – quite literally – Henry VIII was prone to losing streaks, and accumulated a loss of £3,250 over a two-year period. What’s more, few famous gamblers in history get the chance to gamble away historical artefacts, but Henry VIII managed to do just that with the Jesus Bells of the St. Paul Church to Sir Miles Partridge. The king got his revenge, though, convicting his opponent of treason and having him hanged at Tower Hill soon after.

When you picture a high roller, the image in your head is probably not that of a straight-laced mathematics professor. However, as one of the most successful gamblers, Edward Thorp even wrote a book on card counting. Famous gamblers and books? Not exactly a match made in heaven, you’d say. Nonetheless, Thorp’s card-counting strategy is all the more impressive, since it’s neither cheating nor illegal. It’s just a clever way to know when the advantage shifts in your favor and beats the dealer. “Beat the Dealer” was actually the name of his book and the first book ever about this technique clever gamblers use.

However, while not against the law, the practice is extremely frowned-upon by casinos, so Thorp had to disguise himself to even enter any gambling house. This allowed him to become one of the world‘s most famous gamblers and win using his math technique in Lake Tahoe, Las Vegas, and Reno, scooping up $11,000 over the very first weekend by tracking the ratio of high cards to low cards left in the deck. It worked like a charm.

Have you watched the Archie Karas documentary? If not, we recommend it. The story of this Greek soldier of fortune is one of magnificent victories and the worst gambling losses ever. While trying to make ends meet working as a waiter on ships and in restaurants, he started playing poker. Not exactly how we imagine world-famous gamblers, but many of them have humble beginnings.

Lady luck was on his side for a while, however, and Archie Karas’s unbelievable lucky streak between 1992 and 1995 became legendary and left him with more than $40 million. Poker, blackjack, roulette, and baccarat all earned Karas his reputation, but all good things must come to an end, and so he lost everything in just a few weeks.

The best gambling stories have happy endings, but not this one. Archie Karas’s many cheating attempts have been stopped by police, and he has been sentenced to three-year probation for a card-marking scandal in 2013 in San Diego. He’s 70 and living in Las Vegas at the time of writing this article.

The First Lady of Gambling was born in 1913 in Texas, and she never needed to play baccarat for a living. Coming from a high-class family, she graduated with both music and English majors and founded a chain of successful motels with her husband. The most famous one was built in Nevada, and it was a casino too. After her husband’s death, Judy became the first woman ever to own a casino.

Although she’s not exactly one of the successful gamblers, Judy Bayley was famous for her philanthropy, as she would often donate money for children in need, educational projects, and cancer charities. When she died at the age of 56, she left more than $60,000 for a theatre that bears her name to this day.

5. Don Johnson: A Gambler With a Pedigree

Don Johnson is a gambler nominated for a place in the Blackjack Hall of Fame. His fantastic run started in 2010 when he won around $15 million in a single season in Atlantic City. Without card-counting strategies, he crushed famous casinos around Atlantic City, and entered the “whale” gambling circles.

Johnson isn’t just a high roller – he’s a good negotiator, too. He would usually guarantee to spend $1 million per session and get a 20% rebate on his losses in return, plus permission to bet $100,000 per hand.

Unfortunately, famous professional gamblers often seek the rush they find in a casino elsewhere, too, and Johnson was no exception. Partying with Pamela Anderson and Paris Hilton, rollerblading around posh hotels in Vegas, and brutalizing casinos was just regular fun and games for Johnson. His fate hasn’t caught up to him just yet, though, as he is currently 59 and spends his days living in luxury.

6. Nick the Greek: A Gambler and a Gentleman

Known as The King of Gamblers, Nick the Greek was another Greek gambling figure who went all the way from rags to riches, and back again. Born in 1883, Nick Dandalos started as a horse-racing bettor and won and lost an estimated $500 million along the way to his death on Christmas Day, 1966.

If we were to rate sayings by famous gamblers, Nick’s would triumph: “I play for the risk, not for the money. A trout fisherman fishes for sport, not for meat. This attitude creates mystery in the mind of the opposition. Nobody wants to put a mystery out of action. They want to see how it comes out.” Well said, Nick.

Being a true gambler, he never cheated nor ended up in jail; he was a gentleman, well-known for his charity work and urban legend also says he served as a tour guide to Albert Einstein on his first visit to Las Vegas. Nick’s life and his philosophy of playing for the game, not the money, has inspired several books, too, and we can expect more to be written.

Notorious and fierce, Alice Ivers Tubbs was often seen in the smoky saloon dimness in the Wild West. Instead of knitting at home, she would play poker with a stack of cash and a cigarette. Born in 1851 in England and sent to a refined boarding school, she became a saloon shark instead of a lady.

One of the best gambling stories of the Wild West started as a tale as old as time: In an effort to make ends meet, a woman turned to the seedy underbelly of society. Except Alice made it big, and became famous for her poker wins. Her reputation as one of the most famous Old West gamblers grew as she earned more and more, at one point making $250,000 – that’s more than $3 million in today’s terms.

Not even the crowds she drew while playing could save her from jail when she shot a soldier. She was also in-and-out of jail for running a brothel, gambling, drunkenness, and bootlegging. But one thing’s for sure – Alice knew how to have a good time.

Who is the richest gambler?

The wealthiest gambler in the world at the moment is a math professor, Bill Benter. He earns around $100 million annually. Being a mathematician, he’s using card counting techniques to win at blackjack, as most famous gamblers who play for a living do.

Who is the biggest gambler in the world?

What country has the most gamblers?

Famous gamblers flock to casinos from all parts of the world. However, according to statistics, the UK tops the list with almost a third of its population gambling on a weekly basis. The annual UK revenue from gambling in 2020 was 14.2 billion pounds sterling.