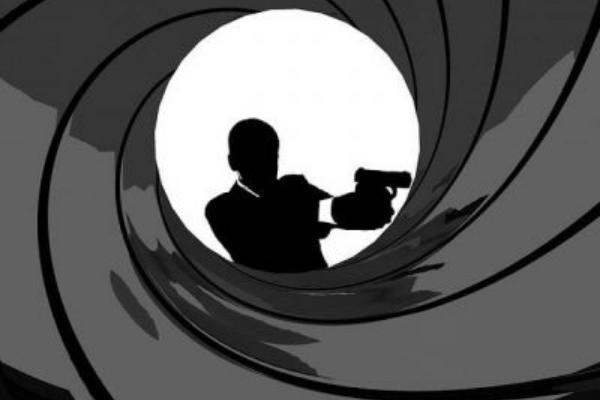 Fans of the 007 franchise love to watch James Bond playing cards. Casinos and card tables are the setting for key plot developments and some of Bond’s most famous one-liners. And although the world’s deadliest secret agent has more than 400 kills and over 50 known romantic liaisons, many people also enjoy reading about James Bond’s favourite games.

In the 1971 classic Diamonds Are Forever, Bond visits a Las Vegas casino and hits the craps tables. He quickly gets his $10,000 credit approved and is joined by the gorgeous Plenty O’Toole who shows him the ropes. Craps is at the top of James Bond’s favourite casino games, and the secret agent showcases an aggressive strategy for success.

He starts by taking “full odds on the 10,” which is a smart bet because it has no house advantage. If the number hits, you’ll win more and be paid off at true odds. He then requests “200 on the hard way,” which is slang for hitting the number 10 with paired dice. The two combinations for making the 10 are 6 & 4 and 5 & 5.

Many would argue that the agent’s favourite game is baccarat chemin de fer. He plays it in Dr. No, Thunderball, On Her Majesty’s Secret Service, and Golden Eye. It’s also an important part of the Casino Royale novel, but in the 2006 film adaptation, baccarat was replaced by no-limit Texas hold’em.

Chemin de fer (iron road) came to life because the cards were placed in an iron box. Six decks of cards are used and shuffled together. Players are randomly seated at an oval-shaped table.

The player who deals is designated as the “banker,” while the others are “punters.” The round begins when the punters and the banker are dealt two cards. There are three types of bets: the player’s hand, the banker’s hand, or a tie.

No one could claim that all of those 007 poker scenes are an accurate depiction of the game, but we can all agree that they’re fantastic pieces of cinema. Our hero bluffs his way through countless showdowns with villains at the poker table. Nowhere is this more crucial to the plot than in Casino Royale.

Early on in the film, the audience is treated to the James Bond-Alex Dimitrios duel. Dimitrios, who works for the terrorist banker Le Chiffre, loses a hand before deciding to up the stakes and bet his Austin Martin DB5.

But Bond is holding three aces – a hand that beats any other full house. Naturally, he drives off with Dimitrios’ car before adding insult to injury and sleeping with his gorgeous wife later that evening.

However, a game of no-limit Texas hold’em against Le Chiffre himself isn’t such a walk in the park. The game of bluffs and counter-bluffs with more than $120 million in the pot reaches a climax when Bond wins with a straight flush. But even though this game is highly entertaining, it simply isn’t realistic.

The final distribution of cards, which left every player holding very strong hands, is highly improbable. The probability of drawing the James Bond straight flush alone is 0.027%.

In the Casino Royale novel, Bond also tries his hand at roulette. The book outlines a system designed to turn the odds in the player’s favour. Simply referred to as the James Bond system, it involves wagering the same amount in every round.

This is how James Bond would place a $20 bet:

With this bet, there will be 25 numbers where you win and 12 numbers where you lose. The popularity of this strategy lies in its simplicity. But the approach has proven to be ineffective in the long term, with players unable to beat the house.

In another Ian Fleming masterpiece – Moonraker – 007 is asked by M to investigate a member of her favourite bridge club who is suspected of cheating. Bond spends a few minutes with a guide on how to be a card cheat and brushes up on a couple of tricks like the mechanic’s grip and nullifying the cut.

The spy soon determines that Sir Hugo Drax is in fact a cheat. He quickly fixes the deck against Drax, and as is usually the case, every James Bond card becomes a winner.

The card game of bridge is played with a standard 52-card deck that’s dealt out, clockwise around the table, until each player is holding 13 cards. It involves partnerships that attempt to score points by making their bid or defeating the opposition’s bid. At the end, the team with the most points wins.

In order to be able to gamble like James Bond, you have to dress the part. Building up confidence is the best thing you can do for yourself. And what better way to do so than to look and feel like 007? The key is projecting the sophisticated attitude. Finding a James Bond deck of playing cards can also be helpful.

Playing Bond’s favourite games would also be a smart move. After all, no one wins as often and as convincingly as Bond. Every move he makes looks smooth and easy. It doesn’t matter if he is sipping his martini, playing poker, or laying down his aces; James always oozes confidence.

You could also try visiting some of the casinos that were frequented by the secret agent. And if you can’t make your way to some of those exotic locations, find a venue in your area that has a similar vibe to a James Bond flick, put your poker face on, and start gambling (responsibly, of course).

Dr. No was the first movie adaptation of a James Bond novel in 1962. The very first scene of the film opens with Bond, played by Sean Connery, seated at a casino table. The high roller plays a couple of rounds of baccarat, wins (of course), and leaves with the stunning Sylvia Trench.

1965’s Thunderball features another baccarat game involving Bond and the villain Emilio Largo, who stole two nuclear warheads that he planned to use in an elaborate extortion scheme. The list of intriguing scenes with Bond playing cards continued to grow with the release of 1969’s On Her Majesty’s Secret Service and 1971’s Diamonds are Forever.

In 1995, Pierce Brosnan played James Bond in Golden Eye. In the film, the audience is introduced to the seductive Xenia Onatopp after Bond beats her in a game of baccarat.

Although a lot of work goes into making these scenes as realistic as possible, producers will often sacrifice realism for entertainment. However, some of Bond’s aggressive gambling tactics can actually be applied in real casino games and help players win. The James Bond casino strategy enables players to raise the stakes at crucial moments, improving their chances of victory.

Baccarat appears to be Bond’s favourite casino game, but there is no wager that the secret agent is going to lose. He seems to have a winning strategy for everything from roulette to poker, and some of his techniques may actually be useful in real life situations.

His shaken-not-stirred martini is associated with the world’s most luxurious gambling venues. For James Bond, the Monte Carlo casino is a second home. In addition to his cool gadgets and fancy sports cars, 007 always has his poker face on. He battles his opponents with his wits while staying cool and charming the ladies. In short, the Bond character is an icon that transcends many generations. Infamous scenes of James Bond winning at poker provide the sort of confidence boost that every gambler needs from time to time.

What games does Bond play in Casino Royale?

In the Casino Royale novel, the British spy plays baccarat. Many would argue that this is Bond’s favourite game. But in the 2006 movie adaptation, James Bond plays Texas hold’em as he works to stop the terrorist banker Le Chiffre.

What casino is in Casino Royale?

Casino Royale is a fictional casino that first appeared in Ian Fleming’s 1953 James Bond book. In the 2006 film, the Czech Republic’s Karlovy Vary was used as the exterior of the casino, while the Grandhotel Pupp serves as Hotel Splendide in Montenegro.

Learn to read your opponent and find his weaknesses. Remember what Bond said: “In poker, you never play your hand, you play the man across from you.” And since poker is undoubtedly one of James Bond’s favourite games, he must know what he is talking about.

So, be confident and make it as hard as possible for your opponents to spot your weakness. But make sure you aren’t too cautious. Although you can’t lose what you don’t put in the pot, you can’t win much either.