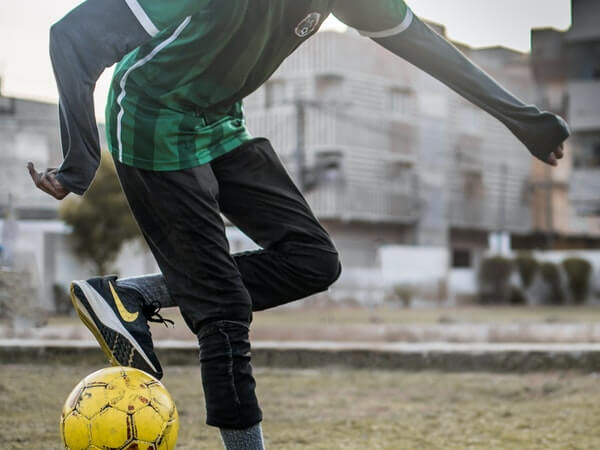 England has come one step closer to “bringing football home”, with a 2-1 win against Denmark on Wednesday. The men’s football team secured a place in the Euro 2020 finals, where it will face Italy against the backdrop of a packed Wembley stadium. Even though the rest of the tournament was played all around the old continent, England had managed to secure Wembley for the semis and the grand final. Playing at the iconic stadium, the team will have a chance to “bring home” the cup in front of 60,000 football fans. The final match is scheduled for Sunday, July 11, at 8 pm GMT.

England hasn’t been in the final of a major tournament for the past 55 years, making this a tremendous success. They came close in 2018, losing to Croatia in the World Cup semi-finals. Manager Gareth Southgate was overwhelmed after Wednesday’s game, saying that the team managed to give its fans an unforgettable night of football.

“We’ve managed to put that right. I’m so proud of the players. It’s an incredible occasion to be a part of. We knew it wouldn’t be straightforward. When you’ve waited as long as we have to get through a semi-final, the players – considering the limited international experience some of them have – have done an incredible job,” said Southgate during a recent interview.

“We’ve got to enjoy the fact we’re in the final, but there’s one more massive hurdle to conquer,” he added.

By that, of course, he means Italy’s national squad. The Italians had a tough time during their semi-finals match against Spain, going into overtime after a 1-1 draw in regular time. The game ended with a penalty shootout and a final 4-2 score for Italy, making this the country’s first trip to the Euro finals after the embarrassing 4-0 defeat they suffered against Spain in 2012.

The final match is going to be a closely contested one, at least according to analysts at UK betting sites. Looking at the fixtures, bookmakers are giving a slight advantage to the home team, but anything is possible on Sunday.