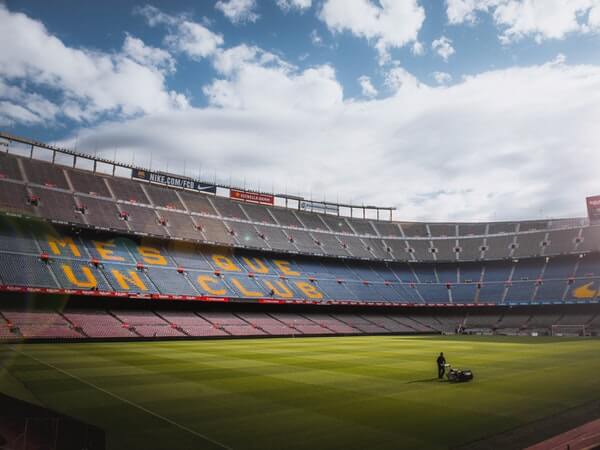 Lionel Messi reached a verbal agreement with Barcelona that keeps him at the Spanish club for another five years at 50% of his previous salary. The 34-year-old is expected to ink the actual contract after his summer holiday. The deal was the main goal for the club’s new chairman Joan Laporta and reportedly includes a break clause that allows Messi to leave after two years.

Messi’s previous four-year contract earned him a purported £425 million. The contract expired on June 30, and the Argentinian national was officially a free agent on July 1. But that didn’t stop him from leading Argentina to a Copa America title earlier this month with a 1-0 victory over archrivals Brazil. This was also Messi’s first major international trophy.

However, international tournaments and Messi’s vacation time aren’t the only things delaying the signing of the contract. Barcelona is currently working on cutting costs across the board in order to meet LaLiga’s so-called financial FairPlay guidelines, which demand the club offload wages before registering its players.

One of the ways the Catalan giants are looking to reduce wage expenditures is by swapping their forward Antoine Griezmann for Atletico Madrid’s midfielder Saul Niguez. A number of other players, including Junior Firpo, Jean-Clair Todibo, and Carles Alena, have already been sold.

On the other hand, Barca added Memphis Depay, Sergio Aguero, and Eric Garcia to their roster.

Whatever happens, it’s unlikely that these financial issues will prevent the club from keeping  Messi at the Camp Nou for the coming years, which is sure to tilt the odds on betting sites in Barca’s favor.

Although Manchester City and Paris St-Germain have shown interest in signing Messi in the past, there were no reports of any negotiations between the parties. There were also rumors about the Argentinian joining America’s Major League Soccer that never came to fruition.