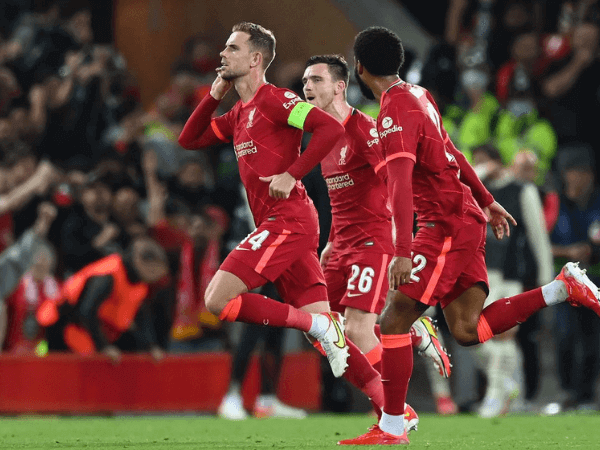 Liverpool emerged triumphant from a Champions League nail-biter against AC Milan on Wednesday. The Reds were playing on their own turf but still had to come back from behind to clinch the 3-2 win at Anfield.

Liverpool dominated much of the first half, with Milan’s Fikayo Tomori deflecting the ball into his own net in the ninth minute. The penalty that followed was supposed to double the Red’s advantage, but Mohamad Salah’s kick didn’t get past keeper Mike Maignan.

After being convincingly outplayed, Milan managed to capitalize on Liverpool’s missed opportunity as Ante Rebic netted an equalizer in the 42nd minute of the match. The Italian club then pressed ahead as Brahim Diaz put Milan 2-1 up just before half-time, leaving Jurgen Klopp’s side demoralized.

But as the Anfield thriller unfolded and the second half got underway, Liverpool took the lead. Regrouping and subjecting Milan to intense pressure soon gave way to concrete results. Liverpool was back in the game by the 48th minute when Salah equalized from close range. Fans turned up the volume once again in the 69th minute when Jordan Henderson scored his first Champions League goal in seven years.

“I think for the first 20 minutes, half an hour, the boys did very well, and it was unbelievable to watch them play like that. After 1-0 up and then 2-1 [down], it was a little bit difficult for us to watch on the bench for sure, but they didn’t give up. They played as a team and created many chances, and finally, we scored goals two and three, so I think for sure we deserved to win tonight,” said Liverpool forward Sadio Mane after the match.

The rollercoaster match stunned spectators and refreshed their memories of Liverpool’s recent victories. And as the Champions League returns, it’s not just the players who have to get used to the swings. Football fans are taking their chances and placing bets online and at brick-and-mortar casinos.