How to Play Bingo Online: A Guide 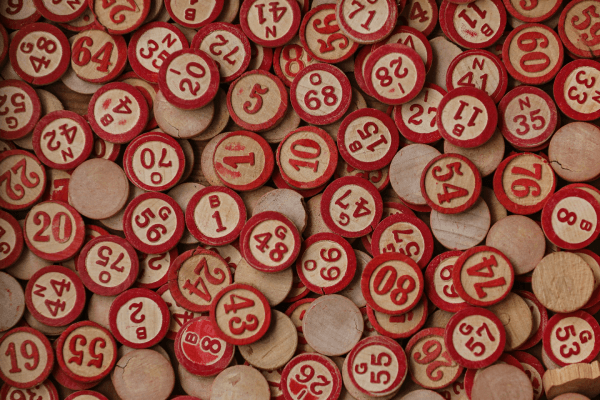 Bingo can trace its roots all the way back to the sixteenth century. Its journey started in Italy, as one of the games in Il Gioco del Lotto d’Italia (the Italian Lottery), and it wasn’t until the eighteenth century that it migrated to other European countries and, eventually, to the UK. Nowadays, bingo is one of the greatest gaming passions in the UK, and bingo sites are constantly popping up and getting better every day.

Let’s go through some basics to help you learn how to play bingo online. We will review the rules of this exciting game and share some valuable tips, as you shouldn’t go out there unprepared. Here’s what online bingo is all about:

To start the adventure and enjoy online bingo games, you need to create an account on at least one of the bingo sites available. As practically all of them feature different versions of bingo, you should decide which one to try out. The most popular bingo variants are 90-ball, 80-ball, and 75-ball bingo.

So how does online bingo work? The game type determines how many numbers you will have on your bingo ticket. Players check off the numbers on their tickets as they are being drawn or called out, and the goal is to be the first one to check off all the numbers. You can choose how many tickets you want to play in each game. The more tickets you have, the bigger your chances of winning.

As bingo involves multiple players, games have to start at a scheduled time. On the other hand, don’t worry about missing out – the greatest thing about playing bingo online is that the games are frequent, and you never have to wait long to join. Online bingo is at your fingertips seven days a week, 365 days a year.

Once you create an account on a site you like, head straight to the bingo lobby, where you can gather helpful information about game rules, banking procedures, and more. The best online bingo sites have dozens of bingo rooms; for example, sites like Buzz Bingo even offer free online bingo games! Of course, there will be many more options that require you to stake some real money.

How to Play Online Bingo

The rules of online bingo are pretty straightforward. When you decide what your preferred game is, you will be given a corresponding virtual card. The cards contain a grid, with rows and lines filled with a series of numbers. The online bingo game starts once the caller begins to draw numbers. Players then check off the numbers of their bingo tickets to get to the prize first.

Depending on the game you choose, you can win the prize by marking off a line or multiple lines on your ticket. If you manage to cross off all the numbers, that is called a full house, and this ends the game. To learn how to win at bingo, you will need some knowledge, a bit of luck, and a few strategy tips we are about to share with you.

As previously mentioned, there are several types of bingo games, and the main ones are:

Ninety-ball bingo is the most popular variant in the UK, while 75-ball bingo takes that title in the US and Canada. Of course, playing online means you can choose whichever form you want, wherever you’re playing from. Online bingo sites also host more “obscure” options, such as 30- or 52-ball games, which you might not be able to find in a brick-and-mortar venue.

The best online bingo in the UK is most definitely played in 90-ball rooms. We’ll explain how to play 90-ball bingo, starting from the basics:

A game of 90-ball bingo is played in three parts:

1. Players opt for a line, competing to be the first one to complete a horizontal line on their ticket.

3. The final part is what the game is all about and essentially the reason you’re learning how to play bingo online: In this phase, players aim to cross off all the numbers on their ticket and complete a full house.

This is the US and Canadian bingo favourite. The rules are similar to the ones 90-ball bingo has, so that shouldn’t be an issue for anyone familiar with that version of the game.

There are three main ways to score in this game and potentially join the biggest bingo winners. You need to do one of the following:

We all know that bingo is a game of luck, but there are some things you can do to better your odds of winning at bingo. Let’s see what they are.

“He who dares wins,” as Del Boy would say. That quote is something that can be applied to online bingo as well. The more tickets you get, the bigger your chances of winning. If your ticket doesn’t contain a number that gets called out on one ticket, chances are that it will be on one of your other tickets.

Whether you play free bingo games online for fun or real money, you should always strive to be the best at it. One of the things that can help you out in achieving that is calculating the odds. Bingo prize money doesn’t increase with a higher number of players, and having fewer opponents increases your chances of winning. You can try playing at times when there are fewer players online, like early in the morning or on weekdays. You can also choose to only play games with good odds.

Once you make an account to play bingo online, there are good chances that you will be welcomed with bingo bonus money or tickets. These will allow you to play for longer, exercise your skills, and give you more opportunities to win. Before joining a bingo room, you should check what prizes it offers and how you can win them, as each bingo room has a different house prize and rules for getting it.

One of the crucial things when playing bingo and other casino games online is setting a budget and stick to it. While playing recreationally is all well and good, things can sometimes go in the wrong direction. Staying within a budget while playing online bingo helps you keep things under control and just enjoy the experience, as that should be what it’s all about.

How do you play online bingo?

Online bingo can be played across multiple betting platforms, and all major betting sites in the UK feature it. There are different bingo variants, so it is important to ensure you understand the rules before entering a bingo room.

Can you play bingo online for free?

Bingo is one of the most popular online games, and some gambling venues allow their players to play bingo for free online. This can help them practice a little before engaging in a real-money game.

How do you play bingo step by step?

The game begins once the first number is called. Players then check if they have that number on their ticket and cross it off if they do. The idea behind the game is to get all of the numbers from your ticket crossed and achieve a full house. Bingo rules are specific to the form of the game you’re playing, so pay attention to the differences.

Can you play bingo online?

You can, anytime you want! Read our full guide above to understand how to play bingo online and keep things simple and fun.

Bingo was once a game you could only play in traditional bingo halls, but that is not the case anymore. Today, you can find bingo in almost any online casino, as online bingo games keep rising in popularity.